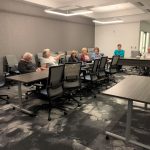 Left side of the Genecov Room 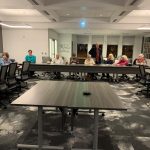 Middle of the Genecov Room 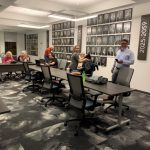 Right side of the Genecov Room 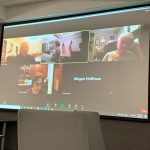 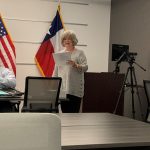 Caleb and Linda Pirtle came back to Tyler to have an epic battle between a Plotter (Linda) and a Pantser (Caleb). Here are some highlights from the meeting:

Linda told us all her secrets to Plotting a Novel, including the best one “Where do you want to go on vacation?” She also showed us her Story Bible and gave us a handout on how she writes Character Resumes.

Caleb spoke to us about being a Pantser. He just sits with a cup of coffee and a character and writes.

At the end of the meeting, our president, Mike Wigington, announced that he was stepping down as president, after a two and a half year term, at the end of the year. Current ETWG Secretary, Lisa Holcomb, will be stepping up to lead the ETWG starting in January 2022.