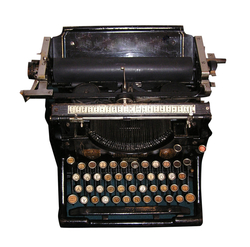 Calling all writers! Have you ever thought of writing a script or watched a movie with a less-than-interesting plot and dry, shallow characters? Have you ever thought, “I could write a better script than this.” Well here is your chance! Join thousands of writers this April in a program known as Script Frenzy, where writers from all over the world are challenged to write a script in the month of April. The best part of all is that it’s absolutely free to join!

The goal of Script Frenzy is to get writers to create a one-hundred page script in just 30 days. Sounds crazy right? No need to fear, Script Frenzy provides how-to guides to help you begin your script writing adventure. If you would like to read real scripts from famous movies like Pirates of the Caribbean, Star Wars, Indiana Jones, Harry Potter, and many more you can go to Script-o-Rama.

What are the rules of Script Frenzy?

First, to be an official Script Frenzy winner you must write 100 pages of script by April 30th and begin writing your script no earlier than April 1st. (You may however, write all the notes and outlines you want beforehand)

Second, You can write screenplays, stage plays, TV shows, short films, graphic novel scripts, adaptations of your novels, or any other type of script you want!

The third and final rule is that you must have insane amounts of fun in your script writing adventure!

So, if you are interested in a challenge, why not try your hand at Script Frenzy in April? There’s still plenty of time to prepare!

What are you waiting for? Sign up here today, and start planning. Also, if you are looking for a script writing software, you can click here to try Celtx. It’s free!