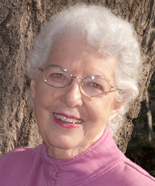 Patricia La Vigne is a newly-published author, although she has been writing since her childhood–journals of trips made through the years, diary entries, short stories whenever the spirit moved her. Her first published story was for an anthology, compiled by her writing group, called Spiritual Autobiographies of Southern Women. Later, working with East Texas Writers Association, she published another story about a young man’s journey from living on the streets to his rescue by Covenant House mission workers in Houston. This was also published in an anthology.

Then came the Good Old Days magazine. Her first story that received pay she entitled Licorice Lips—an account of a trip to a local candy store.

During these times, Patricia worked on a novel inspired by a member of East Texas Writers Association during a meeting. The group was given pictures to be used as prompts. Patricia chose a jockey on a horse during a race. She went home, wrote a ten page story which she read to the group at the next meeting. “I think you have a book in there,” Gay Ingram told her. That was the birth of Wind-Free, the story of a teen-aged girl, the love she developed for a horse, and the bond that was built between them. That book is now on the market. Wind-Free was released in September 2012

Patricia and Pierre La Vigne married on January 12, 1974. They moved to Jacksonville, TX in 1978 with their two children, Andrea and Ian. Pierre’s work as a broadcaster (a/k/a as Perry Andrews) with KOOI-FM gave him exposure throughout East Texas. He and Patricia made many acquaintances, some of whom still maintain contact today. Patricia, widowed in 2003, lives with her daughter in Jacksonville. Her son, Ian, and his wife, live close enough to make an occasional visit.

Social Media: Click on the buttons below to connect with Patricia on your favorite social media sites.