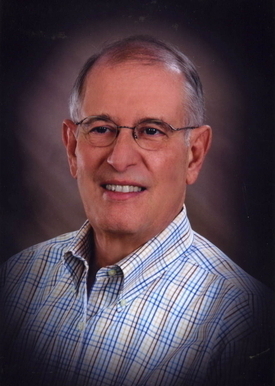 Marvin is a kid occupying the body of a senior citizen. He loves to be around children, so that’s one reason he became an active volunteer at, among other places, the Tyler Library’s Book Buddy program.  Each week, Book Buddies visit children’s day care centers or schools and read to the children/students to encourage development of early reading habits. Marvin also volunteered at several of the Tyler Independent School District’s elementary schools to read to first and second graders, and helped at Children’s Advocacy Center of Smith County.

His real childhood was spent in his hometown, Louisville, KY, but unlike Peter Pan, he had to at least act the part of an adult, so after earning his Bachelor’s degree, he went to work in the grown up world of banking and bank regulation. As a bank examiner, he moved to New Orleans where he met and married the love of his life. Back then, banking was a volatile industry, and soon, he and his wife began a series of moves that took them to several interesting places before finally getting to Texas. Now, retired from the financial “rat race,” he lives in the Piney Woods of East Texas. His publication credits include children’s books, magazine articles, and poems depicting family “milestone” events.

Marvin chose to write children’s books because he, himself, was not an avid reader as a child. Now an adult, he recognizes how important reading is in our everyday lives. By writing mostly happy, fun books that don’t preach, lecture, or deal with “heavy” social issues, he hoped he could encourage some of today’s youngsters not to make that same mistake, but to embrace reading at an early age. 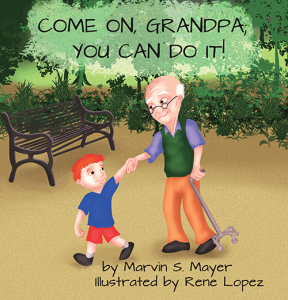 Six year old Fred is frightened and confused when his best friend, his grandpa, suddenly is unable to speak, stand up, or walk. When he is told Grandpa had a stroke, Fred doesn’t understand, so he asks his Grandpa’s doctor to explain. In the end, Fred is relieved to know he was not the cause of Grandpa’s illness, that he can help his grandpa recover, and that with help and over time, Grandpa can regain much of what he lost due to the stroke.

Come On, Grandpa; You Can Do It! attempts to help adolescent children understand that strokes “happen.” No one is at fault, particularly the child who may think his/her behavior was responsible for the parent, grandparent, aunt, uncle, or close friend’s stroke, (“If you don’t stop that, you’re going to give me a stroke!”) and this book explains that in a rhyming verse, colorful way that can not only relieve any guilt complex the child may feel, but also show how the child can help the stroke survivor in ways only a child can do.

Marvin’s books are available directly from Marvin’s website or at the following locations: